I have always lived with dogs and did have 5 - 2 Labradors and 3 Papillons (one papillon lived until she was 16.5 years old). I only have one labrador at the moment.

I have been competing in Dog Agility since 1997 and reached Grade 6 with my German Shepherd, a papillon and recently with my labrador. My dogs all continued to compete in agility at full height until they were over 10 years old and continued in veteran classes until they were 12

One Labrador also won into Novice in both Heelwork to Music and Freestyle, competed in Obedience and in 2014 and 2015 won a Gundog Scurry competition. In 2017 the Labradors were 2nd and 3rd in the BASC Gundog Scurry at Rhug Country Fair and in 2021 we were 2nd in the Novice Scurry at The Game Fair at Ragley Hall.

I worked as a Chartered Physiotherapist in the NHS for 30 years until 2006 working mainly in community hospitals which involved treating a very varied range of conditions. I also spent some years working with children. I had a special interest in wound healing and completed a post-graduate diploma in tissue viability.

I completed further training and qualified as an Animal Physiotherapist in 2002. I now specialise in treating animals - mainly dogs based in my clinic in Caernarfon

I am also a FitPaws Master Trainer, qualifying on the first course held in the UK and qualified as a Certified Canine Fitness Trainer in 2018

I have lived in Wales since 1981 and have learnt Welsh. 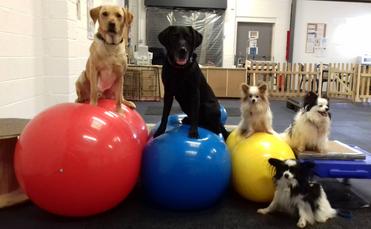 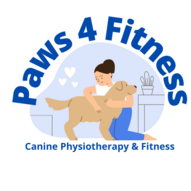